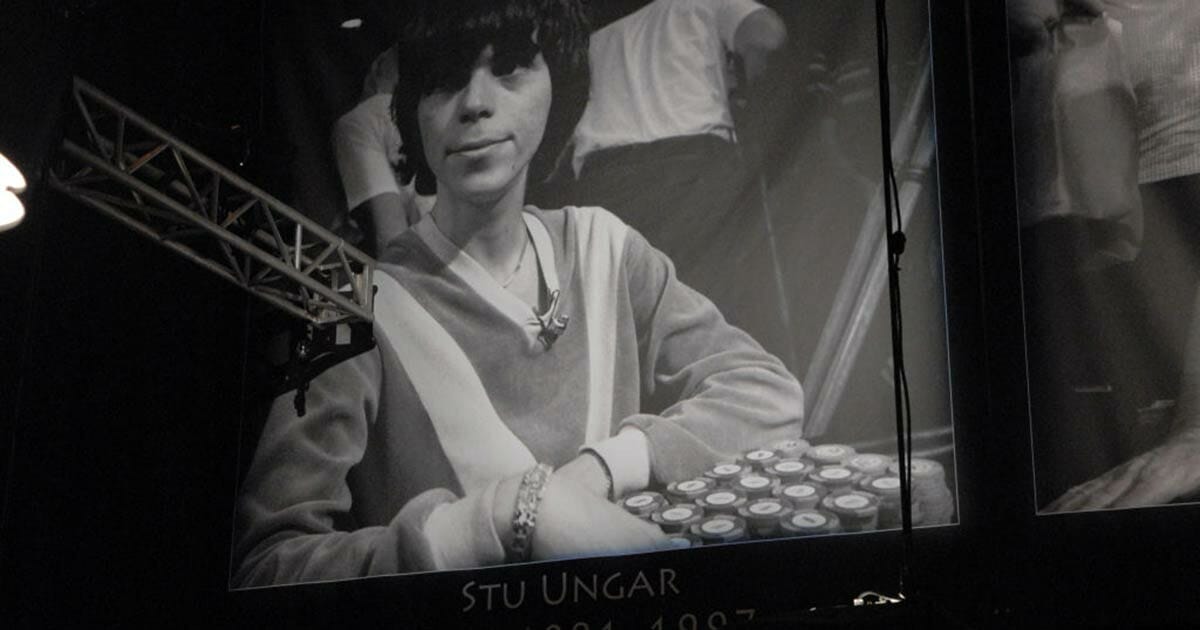 There’s always been a certain magic to poker. It doesn’t seem like it can be mastered, but these 10 players show us just how wrong we were: they’ve managed not only win major tournaments time after time again – often coming back from near- harrowing situations with their lives (or bankrolls) at stake; sometimes even taking down multiples bracelets on one hand! From veterans who sophistication has worn away through young bucks intelligent play coupled by some incredible skill sets under pressure…It

The 10 best poker players of all time

Stuart Ungar was one of the greatest poker and gin rummy players in history – but his demons eventually caught up with him.

Born in New York City, Ungar started playing poker at a young age, and by the time he was in his twenties he was already considered one of the best players in the world. In 1980, he won his first World Series of Poker (WSOP) bracelet, and over the next few years he became known as “The Kid”. He also excelled at gin rummy, and is sometimes cited as being the best player ever in that game.

However, Ungar’s life off the table was just as chaotic as on it. He had a long-running addiction to cocaine, which caused him many problems both personal and financial. In 1998, at the age of 45, Ungar died from heart failure brought on by years of drug abuse.

Chip Reese was destined for a career as a lawyer. He was on his way to start law school at Stanford University when he played in a $400 entry tournament in Las Vegas and won $40,000. Needless to say, he never made it to Stanford…

Chip is widely considered one of the greatest poker players of all time. Doyle Brunson said of him, “If my family’s life is ever going to be decided in a poker game, I’m entrusting it to Chip Reese.”

Chip was known for his incredible skills at reading people and the table – often referred to as “the magician.” His calm demeanor and ability to stay focused under pressure made him a formidable opponent.

Phil Hellmuth is one of the most successful poker players in the world. With more than $20,000,000 in career earnings and 14 bracelets, he is well placed in this ranking. The “Poker Brat” is also known for his frequent mood swings – but that just makes him all the more fascinating to watch! When he’s not playing cards, Phil enjoys spending time with his family and friends.

“Grand Old Man” is one of the most well-known and respected names in the poker world. He has won eight World Series of Poker bracelets from 1970 to 1988, making him one of the most successful players in history. What’s even more impressive? He caught the poker bug while watching and monitoring games as a casino employee, tasked with catching cheaters.

This Texas native got his start in the illegal games of Fort Worth before traveling to neighboring states. He is credited with writing the Super System Poker Bible. At the time, this book revealed the secrets of the professionals, much to the dismay of his peers.

Brunson has won ten WSOP bracelets, placing him second only to Phil Hellmuth. He is also the oldest player to win a bracelet at the age of 76 in 2005. His life story was published in 2006 and titled The Godfather of Poker.

The Orient Express is one of the most successful poker players in history. He has won 10 WSOP bracelets, and is the only player to have won back-to-back Main Events (in 1987 and 1988). In 1989, he narrowly missed out on a three-way tie, losing to Phil Hellmuth in heads-up play. Johnny Chan also appeared in the 1998 movie “Rounders” playing himself.

What makes The Orient Express so successful at poker? His uncanny ability to read his opponents’ hands – an attribute that has helped him win millions of dollars in prize money. When it comes to heads-up play, few can match his skills.

With over $42,000,000 in tournament winnings, Daniel Negreanu is one of the most successful poker players in the world. The Romanian-Canadian ambassador for GGPoker has an incredible ability to read his opponents, which has helped him achieve such success at the table.

Nicknamed “Kid Poker,” Negreanu has popularized poker and made it more accessible to a wider audience. His philanthropy is also well-known, as he has donated millions of dollars to various charities over the years. He is a true ambassador for the game.

California’s Phil Ivey was named Poker Player of the Year in 2005 and 2009 by All In Magazine. Winner of 10 WSOP bracelets, he is a regular at the Bellagio cash game tables. His aggressive style and intimidating presence have made him one of the most feared players in the game.

Ivey’s ability to pick up on tiny tells and nuances of his opponents has enabled him to win millions at card tables around the world. Thanks to his skills, Ivey is widely regarded as one of the greatest poker players ever.

Antonio Esfandiari is a professional magician and poker player. He became interested in poker at the age of 21, after walking through the door of a casino. He met Phil Laak, with whom he shared an apartment for several years. It is still not uncommon for the two to share a room when they are entered in the same tournament.

Chris Moneymaker is the archetype of the modern poker player. He didn’t start out as a professional gambler; he was an accountant who entered a satellite tournament on the Internet to qualify for the famous $10,000 Main Event. What happened next? Chris Moneymaker defeated 839 entrants and won $2,500,000. He also became the first world champion to qualify via an online poker site.

To say that his name was predestined is an understatement–Moneymaker has become one of the most influential people in poker. His book Moneymaker: How an Amateur Poker Player Turned $40 into $2.5 Million at the World Series of Poker tells the story of his 2003 WSOP journey.

No comments to show.

No products in the cart.

Shopping cart0
There are no products in the cart!
Continue shopping
0